Leadership and Neuroscience – The Coaching Habit 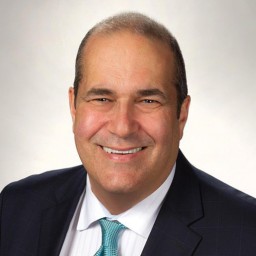 I’m listening to a new book on Audible called “The Coaching Habit” by Michael Bungay Stainer.  It’s a great book, and I recommend it for leaders and managers.  I want to draw your attention to an excerpt from the book that gave me a big “Aha!” moment. It actually explains using Neuroscience why so many conversations between people go haywire, in particular between a manager and subordinate.

Here is the excerpt.

There are still new frontiers of knowledge to be explored. One of the most exciting is neuroscience, the study of the brain. Using creative experiments and sophisticated technologies such as FMRI and EEG machines, we are starting to see that the art of leadership has its basis in science. We can now begin to see what really works and what doesn’t work in our attempts to engage with those we manage and influence. As we’re at the heart of this book, now is the perfect time to make the connection between your coaching habit and your head, by looking at the neuroscience of engagement.

Five times a second. The fundamental organizing principle of the brain, neuroscientist Evan Gordon’s words is the risk and reward response. Five times per second at an unconscious level, your brain is scanning the environment around you and asking itself, is it safe here or is it dangerous? It likes safe of course. When your brain feels safe, it can operate at its most sophisticated level. You’re more subtle in your thinking, better able to see and manage ambiguity.

You assume the positive intent of those around you and you’re able to tap collective wisdom, you’re engaged and you’re moving forward. When the brain senses danger, there’s a very different response. Here it moves into the familiar fight or flight response, what some call, the amygdala hijack. Things get black-and-white. Your assumption is that “they” are against you, not with you.

You’re less able to engage your conscious brain and you’re metaphorically, and most likely literally backing away.  It’s not a balanced decision for obvious evolutionary reasons, we are biased to assume the situations are dangerous rather than not. We may not be right, but over the course of human evolution, the successful survival strategy has been, better to be safe than sorry. In other words, if you’re not sure about the situation, you’ll default to reading it as unsafe and start backing away.

“Wait come back”,  said the manager, and there is the challenge for you as a busy and ambitious manager. You want those you interact with, your team, your boss, your customers, your suppliers to be engaging rather than retreating. You want people to feel that working with you is a place of reward, not a risk. And you also realize that if you want to feel like you’re safe so that you can stay at your smartest rather than in a fight or flight mode. So how do you influence others brains and your own so that situations are read as rewarding not risky?

There are four primary drivers that spell out the acronym TERA, that influence how the brain reads any situation. When you focus on TERA, you’re thinking about how to influence the environment that drives engagement. T is for Tribe. The brain is asking “are you with me or are you against me?” If it believes that you’re on its side, it increases the TERA quotient. If you’re seen as the opposition, the TERA quotient goes down.

E is for expectation. The brain is figuring out “do I know the future or don’t I” If what’s going to happen next is clear, the situation feel safe if not, it feels dangerous.

R is for Rank. It’s a relative thing and it depends not on your formal title, but on how power is being played out in the moment. “Are more important or less important than I am?” is the question the brain is asking, and if you’ve diminished my status, the situation feels less secure.

A is for autonomy. Dan Pink talks about the importance of this in his excellent book “Drive.” Do I get a say or don’t I”,  that’s the question the brain is asking as it gauges the degree of autonomy you have any situation. If you believe you do have a choice, then the environment is likelier to be a place of reward and therefore, engagement. If you don’t believe you have a choice so much, then it becomes less safe for you.

Your job as a leader or manager is to increase the TERA quotient whenever you can. That’s good for the person you’re speaking with and it’s good for you. Asking questions in general and asking, “what do you want specifically” will do that.

Coaching is a powerful tool for leaders to use to be more effective and get better results from their teams. Until recently, coaching in the workplace was seen as something nice to have, but not really a critical skill for leaders and managers.  Now, with new technology and research in Neuroscience, we are beginning to see that training leaders and managers in basic coaching skills and techniques are critical to creating a flourishing and engaged workforce.

We offer coaching programs to teach leaders and managers to boost their coaching skills.  If you’re interested, just let me know.

Robert S. Grossman is a business growth consultant, trainer/facilitator, coach and speaker with decades of experience. Having achieved success in both the corporate world and as an entrepreneur, Robert has helped hundreds of companies with high-performance strategic consulting, training and communications. He coaches business leaders, CEOs, presidents, entrepreneurs and sales professionals.

Please log in again. The login page will open in a new tab. After logging in you can close it and return to this page.

We use cookies on our website to give you the most relevant experience by remembering your preferences and repeat visits. By clicking “Accept”, you consent to the use of ALL the cookies.
Do not sell my personal information.
Cookie SettingsAccept
Manage consent

This website uses cookies to improve your experience while you navigate through the website. Out of these, the cookies that are categorized as necessary are stored on your browser as they are essential for the working of basic functionalities of the website. We also use third-party cookies that help us analyze and understand how you use this website. These cookies will be stored in your browser only with your consent. You also have the option to opt-out of these cookies. But opting out of some of these cookies may affect your browsing experience.
Necessary Always Enabled
Necessary cookies are absolutely essential for the website to function properly. These cookies ensure basic functionalities and security features of the website, anonymously.
Functional
Functional cookies help to perform certain functionalities like sharing the content of the website on social media platforms, collect feedbacks, and other third-party features.
Performance
Performance cookies are used to understand and analyze the key performance indexes of the website which helps in delivering a better user experience for the visitors.
Analytics
Analytical cookies are used to understand how visitors interact with the website. These cookies help provide information on metrics the number of visitors, bounce rate, traffic source, etc.
Advertisement
Advertisement cookies are used to provide visitors with relevant ads and marketing campaigns. These cookies track visitors across websites and collect information to provide customized ads.
Others
Other uncategorized cookies are those that are being analyzed and have not been classified into a category as yet.
SAVE & ACCEPT
Terms of Use Privacy Policy CCPA – California Consumer Privacy Act DMCA