Last year I produced a series of marketing videos for a technology company in SoCal.  I traveled to several parts of the country to tape customer testimonials and to show their technology in action.

I thought the projects went great and my client seemed very happy with the results we produced for them.  They talked about doing a lot more videos and we started to create a web broadcasting marketing program as well.

And then they stopped returning my phone calls and emails.  I read the book “Only the Paranoid Survive”.  Okay, I never read the book, but the title sure stuck in my head.   I tried to figure out what went wrong.  I even sent the last-ditch email saying “If we did something wrong, just let us know….blah, blah, blah.

So the other day I was in LinkedIn and I started to think about this client and then it dawned on me, maybe something else is going on here.  So I looked up my client and lo and behold, he moved companies 5 months ago.  So my emails and voice mails went into some corporate IT black hole.

Even thought he moved companies, we are still connected as level 1, so I sent him a quick email congratulating him on his move and offered our services to him again.

Then I went and looked up his old company on LinkedIn to see if they had any new hires.  Sure enough, they recently hire a new VP of Sales & Marketing.  I sent an email to the company President who knew of my work and requested an introduction all via LinkedIn (I also sent a CC to his email address too just in case he does not check his LinkedIn email often).

That afternoon, I received two emails.  E-mail number one was from my client who moved companies and it basically said, wow-perfect timing, we want to start producing more videos and I would like to work with you again.  E-Mail number two came from the new VP of Marketing and he said,  “You’ve done great work for our company, let’s talk”.   We checked out each other’s LinkedIn pages, saw that we had a few things in common and now I have a meeting with him to discuss future projects.

Whenever I speak on LinkedIn, one big concern that comes up is the time element. They complain that they just don’t have the time for another distraction such as LinkedIn.

I usually respond with a grin on my face and say, “can you afford not to use it?” 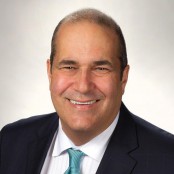 Author: Robert Grossman
Robert S. Grossman is a business growth consultant, trainer/facilitator, coach and speaker with decades of experience. Having achieved success in both the corporate world and as an entrepreneur, Robert has helped hundreds of companies with high-performance strategic consulting, training and communications. He coaches business leaders, CEOs, presidents, entrepreneurs and sales professionals. Robert brings 30 years of experience as a business owner, executive coach, Vistage chair and an award-winning communicator.